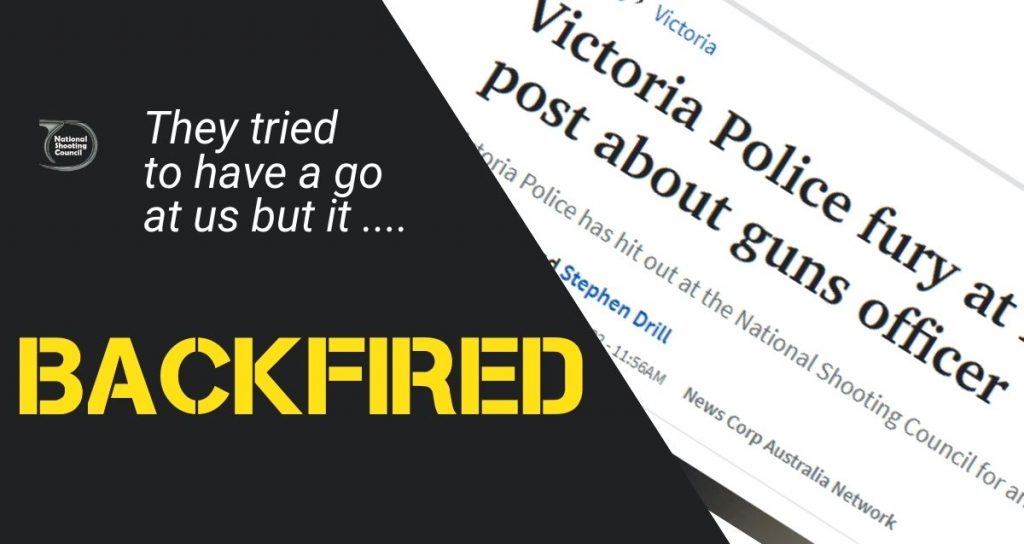 The Herald Sun has published a story on the NSC that was meant to be an attack on us.  However they missed the mark to the point where it caused other media outlets to question what the story was actually about.

The story also has us now chasing Victoria Police and the journalist for an explanation of what the police really told the paper.

This article is about a journalist who failed to pull something credible together – and a police force that is being less than honest.

Butler is the paper’s crime reporter who relies on VicPol sources for some of his stories. We know VicPol tried to ‘shop’ this story around, including to bigger name journalists.  It therefore came as no surprise to see that VicPol turned to Buttler to run the story – which he did. 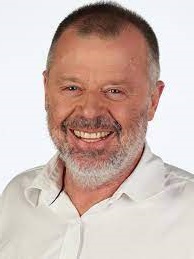 The first allegation the paper made against us is that we trolled an officer who works for the firearms registry.

When you read the story, you will find that what we did was report on allegations made against the officer in Parliament.

Part of the allegation included the fact we published a photograph of the officer. Yet the story claimed this was harrassment even though the photo is freely and publicly available.

The title of the story and article say that the Victoria Police were furious with us, unhappy with what we published, and that we ‘crossed the line’.

Yet not once did any of the furious officers raised any concerns with us. They could have had their lawyers to write to us (as they have done in the past), but did not. That’s because they knew they had nothing to complain about.

It is also telling that VicPol is yet to deny the allegations made in Parliament. It’s not us who ‘crossed the line’.

The statement they don't want us to see

The story also specifically references “a statement” the police provided to the journalist.  When we asked Victoria Police for a copy of the statement, they refused to provide it, suggesting we seek it under Freedom of Information.

We also asked the journalist three times for it, however he also has refused to provide it.

Clearly neither the police nor the journalist are happy to show us what they are relying on – so we have put in an FOI request. The standard response time from VicPol is now estimated to be more than six months, but that’s ok – we’ll wait…

Buttler’s story is based, in part, on the accusatIon made by (according to the paper, “gun-loving accountant turned state politician”) Tim Quilty MP on guns that the registry could not account for.

Buttler neglected to mention that he ran his own story on missing guns a few years earlier. Here is what he published.

He also failed to mention the other stories his paper published on the same matter, nor the The Age’s report of 100,000 missing guns that led to Quilty’s relevation.

The second allegation was something vague about one of our sponsors.  The article said of the Bushrangers Brotherhood that it’s “website also states its values included “strength, discipline and preparedness.”

Are these a bad thing to have? We’d suggest they are the sort of things we should all have – journalists included.

The Herald Sun should have looked in the other direction

Instead they relied on unclear assertions from anonymous sources. That’s an amazingly unprofessional approach for a major media outlet to take.

The real troll in this story is the ‘rival organisation’ that tried to level unclear claims against us without being named.

In fact they also said they were comfortable with being “well regulated”.

Victoria Police won’t even release the number of licensed shooters in Victoria from them on the basis it is protected information, yet the rival is comfortable with this.

The funny thing is, these are the sorts of answers you would expect to hear from Gun Control Australia, not someone who claims to be on our side.

The good news is we know who the rival is.  It’s one that has been losing members to us, and it’s not hard to see why. Hey Barry?

The attempt to discredit the NSC falls a long way short of the mark. It ended up on page 11 of the printed paper and caused other media outlets who were enquiring about the matter to say to one of our contacts, “is that it?”.

If anything, the story exposed an underhandedness in how the Victoria Police work and an unwillingness to face allegations made about it.

Tim Quilty’s quote in the story about the Police Minister running interference for VicPol instead of answering his questions and then attacking him as the messenger, is also demonstrated in this story.

If anything, there was nothing that detracts from the terminal problems that exist with Victoria’s firearms registry.

Here's what the story will do

The story serves to validate everything we have said and do.  It confirmed why shooters trust the NSC and why we – and Tim Quilty – are prepared to take on the tough assignments.

If the story was meant to stop the NSC in some way, then it had the opposite effect.  We’ll continue to cover the problems affecting the wider shooting community and welcome increased scrutiny by the media – of both us and our registries.

Importantly, we stand by what we say.