THE NSC has released this voting advice for shooters voting at this year’s Federal Election.

Guns are mostly a state issue, but the Federal Government makes a lot of noise

about the fact it is responsible for the National Firearms Agreement.

That means they can’t avoid their responsibility, and why we’re making some recommendations for this year’s federal election.

See the video version of this story on our video channel at NSCTV before it appears here.

Click here to check it out (or go to nsctv.com.au).

There’s a lot in this for shooters in Western Australia who are up against a tyrannical state Labor Government which needs to feel the heat from their federal Labor counterparts.

That’s why we’re recommending shooters in that state vote against Labor.

It’s similar in Victoria where we’re recommending shooters vote against Labor to send a message to the Andrew’s Government that it should have fought for shooting to be included in the Commonwealth Games.

Plus, we’re not impressed over changes that the Andrews Government made to the state’s laws which is why once again, we want to send a message to Labor, even if through their federal arm.

The only exception here is in the seat of Latrobe, which we’ll explain shortly.

Outside of those states, our voting advice is to put the major parties, Labor and the Liberal National Coalition towards the bottom of your ballot papers – and the smaller pro-shooting parties at the top of your papers.

We also believe there are politicians from both parties that shooters should specifically vote against. They include 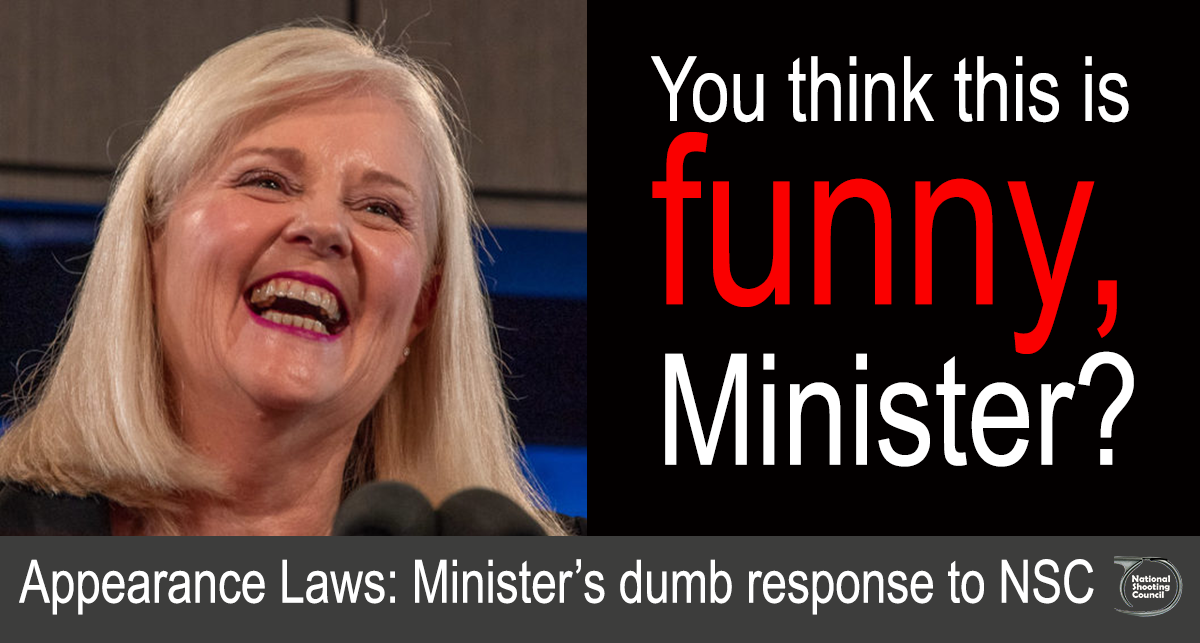 Jason Wood in Victoria is because they are responsible for making the National Firearms Agreement the pain in the backside that it is for shooters.

While Andrews is in a safe seat, she has consistently refused to explain why the NFA has appearance laws.

Her response to the NSC in this story made it clear that the appearance laws are in the NFA because of three instances that involved the use of replicas. However, those instances were conduct cases that were already illegal, and one of those instances wasn’t even in Australia. Andrews and Woods have both treated shooters with contempt over several years, which is why we need shooters to vote them out.

For voters in the ACT, NT, Tas and SA don’t worry, we haven’t forgotten you!  It’s

just that the candidates you have seem to be better behaved which means we don’t have any specific advice other than what we say further below.

IF YOU CAN VOTE FOR MINOR PARTIES

If you have the option for voting for a pro-shooting party, then we recommend you vote for them above the major parties – and always put the Greens last.

The pro-shooting parties who will be contesting the election who we recommend are, in this order:

Remember, you can put in a postal vote, or vote early at an early voting centre.  You’ll find that information at the Australian Electoral Commission’s website.

Here’s some more useful info to help you.

AS THE ELECTION APPROACHES

As we get close to the Election date the NSC will highlight any individual pro shooting candidates if and as they may arise, so stay tuned.

This Federal Election will be one the most important one shooters have had over the past 30 years, so please vote wisely to make your vote really count to ensure our sports future.

Help more shooters know how to vote to protect shooting. Join the NSC.