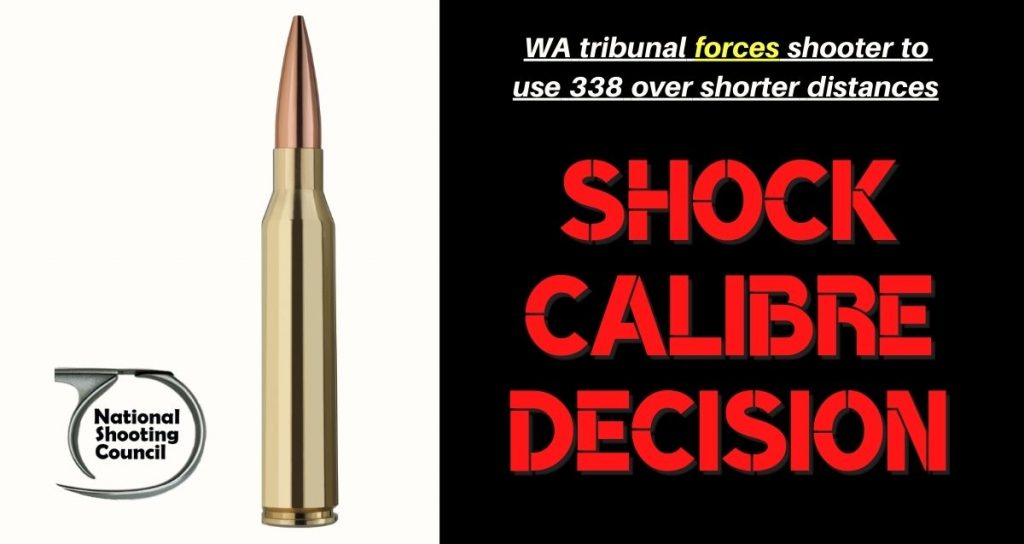 Shock loss - and a shocking ruling

THE NSC HAS LOST A CASE in the WA State Administrative Tribunal that will require a shooter to use his .338 at closer distances when a smaller calibre rifle would have been more suitable and safer.

It is an outcome that goes against expert advice and ignored several important considerations such as cost, weight and the risk of overpenetration at closer range.

Shooters outside WA can get a .300WM if they have the right licence and ‘genuine reason’. Once they get these, they can get a permit to acquire the firearms they need.

While the WA Firearms Act 1973 has a “purpose” to make provision for the ‘regulation of firearms and ammunition’ that permits people to gain access to firearms, the WA Police runs it as a regime of prohibition that makes getting permission harder and less predictable.

It means WA licence holders have to go well beyond what shooters in other states have to go to get the same firearm.

The WA system is also contrary to the National Firearms Agreement (NFA) which provides for occupational uses of different firearms where the result “cannot be achieved by some other means”.  In this case, a .300 Win Mag would have been suitable – but was denied

You win some, you lose some.
Shooters just want someone like the NSC fighting for them.

For non-shooters and journalists, WA is also notoriously non-compliant with the NFA in other significant ways. Among them are WA’s failure to recognise interstate licences and use the significantly more efficient permit-to-acquire system used in other states. It’s why the state’s approach to gun laws matters to us. 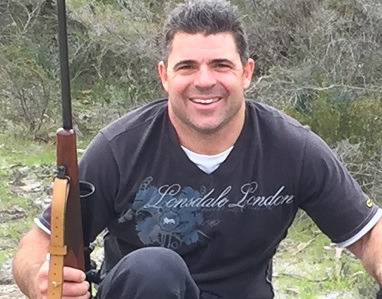 Adrian Lippi (pictured left) works as a feral pest controller. His main guns for this purpose are a pump action .270 Remington and a .338 Lapau.

Like any other tradesman, Adrian uses different tools for different jobs and considered that he needed a .300WM to fill the gap between the other 2 guns.

The police refused Adrian permission to get the .300WM, saying that he could use the .270 pump action to cull feral animals at a range of up to 500 metres.

This is a complete about-face from in Bent v Commissioner of Police (2011) where WA Police argued against granting a licence for a .338 Lapau on the basis that it was far too powerful for civilian use and that its use could create public safety problems.

To be clear, the reason for this had nothing to do with Adrian being fit and proper, or any of the other considerations that would normally stop someone getting one in other states. It was all about the rifle.

What the police argued

Cost: We / Adrian argued in evidence to the tribunal that an important consideration of the choices of calibre was the cost of the ammunition.

However the police rejected the idea of the cost of ammo was relevant. This stunned us, as to us, ammo cost is clearly an important matter that must be taken into account.

To a professional shooter, the cost of ammunition is obviously an important business expense which directly impacts on the cost of service and competitiveness.

Excess energy:  Another matter debated was the amount of energy that a .338 Lapau would carry if used at shorter ranges such as below 500 yards.

Using a .338 at medium or even close range was hardly a great idea. Why did WAPOL think it was a public safety risk in the Bent case but not in Adrian’s?

Both sides had expert witnesses, which resulted in the WA SAT asking them to provide a joint statement.

The Police experts disagreed that it was ethical to shoot at 500 yards and beyond, however our expert showed this is done on a regular basis, with clean kills, internationally.

The NSC’s expert also provided evidence about the impacts on heavy projectiles by cross wind, and what this means for clean kills. He also drew on the Victorian Government’s guide which specifies that .270 is the minimum calibre to be used for deer hunting  He also referred to other standard operating procedures by bodies that are responsible for accrediting professional culling contractors stating that the .300WM is the preferred calibre for feral horses, donkeys, camels, and other heavily boned and muscular animals such as wild cattle and scrub bulls.

In her decision, Member Conley ruled:

Cost of ammunition: That the cost ammunition is not a relevant consideration. Here is what she said:

Cost of barrel replacement: Much the same.  Here she said the cost of wearing barrels out is not relevant.

Energy and over-penetration: The reference below to the IFS rules is a reference to being sure about the area in front of and behind where you shoot.

Unfortunately for Member Conley, she appears to have ignored the evidence that for longer range shooting, there is a risk an animal can move when the shot is taken which can change the background you are shooting at.

The second statement she makes refers to an expert engaged by police and a sergeant from the registry who described the 338 as being a sniper calibre.

Rifle weight:  In evidence, our applicant said the weight of the 300 was around 5kg while the 338 was around 9kg when fully kitted up.  Here is what Member Conley said:

What this means for WA shooters is that they have a government and tribunal system that fails to understand the needs of shooters and encourages the use of higher powered cartridges at close range.

Another irony of the case is that WA Pol argued that a property of 182,000 hectares that Adrian was going to use, was too small to run a .300WM because it wouldn’t provide appropriate sight lines for 500 metres shots.

Yet the same property had been licensed to shoot 50BMG which satisfies the same NATO safety template.

A de facto 'cap' on firearms

The SAT member stated a further reason for her decision was that Adrian had not agreed to WA Pol’s request that he relinquish his .338 in order to obtain the .300.

This means WAPol is imposing a cap how many firearms a licence holder can own, which is not what the WA Firearms Act requires.

This is a frustrating decision, but for anyone considering obtaining a .300, it provides what looks like an obvious work-around.  Just make sure you buy a .300 before getting a .338. This is because a .300 can shoot out to 1000m, which means your .338 can be justified when you need to go beyond that limit.

The NSC is needed everywhere. However, it is particularly needed in WA where gun laws are expensive, impractical and dangerous.

It’s also why we need to have the WA police minister removed, so that someone can start cleaning up the mess that he has left behind.