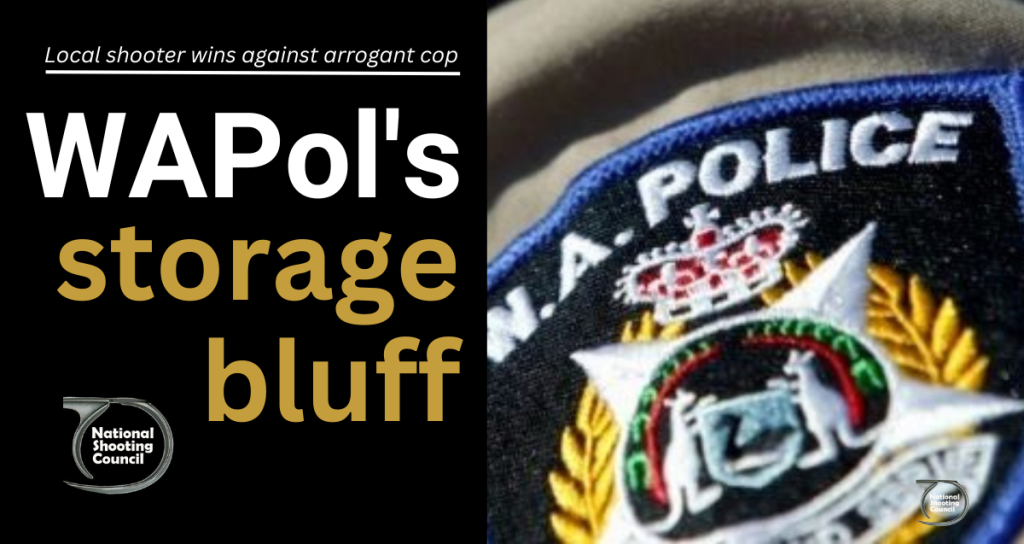 A SHOOTER from Western Australia has forced WA Police to back down on a new storage requirement it tried to impose on him.

Brian is no stranger to the shooting scene in WA. He is a founding member of a key shooting organisation in WA.

He’s passionate about the future of shooting and is keen for the NSC to push back against what is the darkening political culture that Western Australia Police have towards shooters. That’s why he fights.

All over an air rifle

Brian purchased an air rifle from a friend for $150 which he needed to get ‘licensed’.

In WA, each gun is licensed separately while shooters in other states get ‘permits-to-acquire’.  The licensing process in WA means shooters there need to go through a licensing process every time they get a gun, which also means the licences need to be renewed each year.

The application must be accompanied with a statutory declaration and photographs of the storage they are proposing.

The threats from WA Police

Brian was already using his original safe for other guns when WA Pol advised him that his existing safe was non-compliant (without saying why), and they would not licence his gun.

This is despite his safe having been deemed compliant in the past.

Brian had a second safe that was given to him by an old friend and bolted in place, which he decided to use.  It was that safe that he sent photographs of to WA Police.

The response from a Sgt at WA Police Licensing told Brian that his second safe was also non-compliant, which he says is not correct.

Importantly the letter he received from WAPol not only failed to explain why his safe was non-compliant, but said that the method of anchoring (bolting down) is also non-compliant – again, without saying why.

The letter also carried a threat that if Brian did not provide new evidence of compliance within 28 days, his application to licence the gun would lapse, he would lose his payment of $256, and the registry would review his existing shooters licence.

The letter also took 10 days to reach Brian, which meant that the 28-day period had already started ticking before he knew about it.

taking up the fight

Schedule 4 of the WA Firearms Regulations 1974 set out the storage requirements for WA shooters.

From our reading, they are clear and have not changed in recent times.

Yet WAPol failed in its basic duty to explain why it considered the safe to be non-compliant.  So Brian wrote to WAPol and his local MP.

To their credit, his local MP and his electorate officer, were proactive in helping Brian, which he is obviously grateful for.

That’s why going to your local MP is often a good idea.

The backflip: Brian's licence gets approved

Following this approach, the registry wrote back to Brian to advise him that his safe was now compliant.

However, like it’s earlier correspondence, there is no explanation in its correspondence of what the registry was looking for in relation to the compliance – or why – which shows that the original decision simply lacked merit.

In other words, WAPol’s position on storage was “policy on the run”.

This is not the first time WA Police have made up policies that are not supported by the WA Firearms Act 1973. Yet its Police Minister lets them get away with it.  What a good minister would do is set a Statement of Expectations, which covers the professionalism of how the registry should work. To our knowledge, no such document exists.

Readers will recall the NSC had a series of wins over reclassification, and there is another story that might come your way soon on yet another legal win for shooters out west.

What this means is that it always worth challenging bad regulatory decisions, particularly in WA.  The fact WAPol previously complained that it was losing fights in the State Administrative Tribunal because of shoddy arguments or evidence is less than surprising: We’ve seen why first hand.

In the spirit of open and transparency of good governance, we asked WAPol if we can inspect the firearm storage at any one of their stations.

Specifically, we would like to check to see what they have in place in case as it complies with WA laws – and WAPol’s own, cloudy, policy.

On 7 January, we wrote to them asking “we are wondering if we can send someone to a police station to check the storage that is used there?  Please let me know if that can be arranged.”

We are yet to receive a response – but if we do get an invitation, we’ll be there. 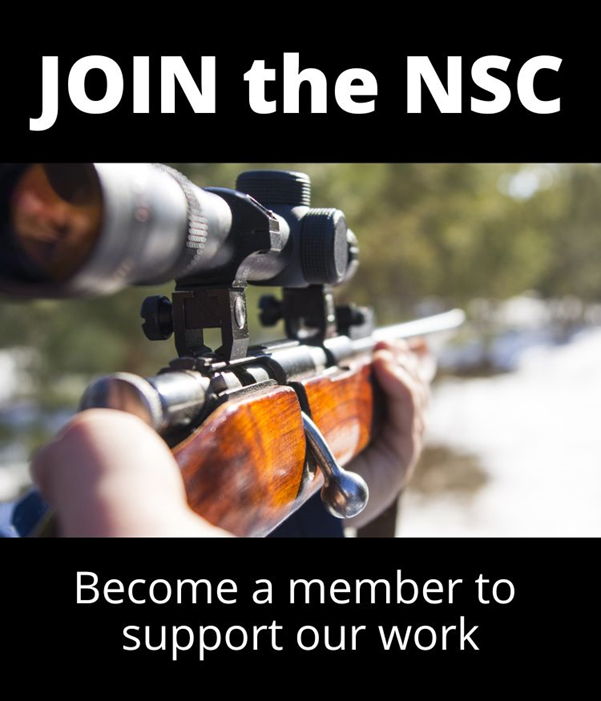 The NSC has a copy of all correspondence, documentation and Photos relating to Brian’s experience with WAPol.

However, we have been asked not to print any of them, for fear of retribution.

It’s a fear which seems to come up a fair bit in WA – and why shooters who live out west need to back the NSC so we can continue fighting how the conditions they live in.

Live in WA? Click here to join the NSC