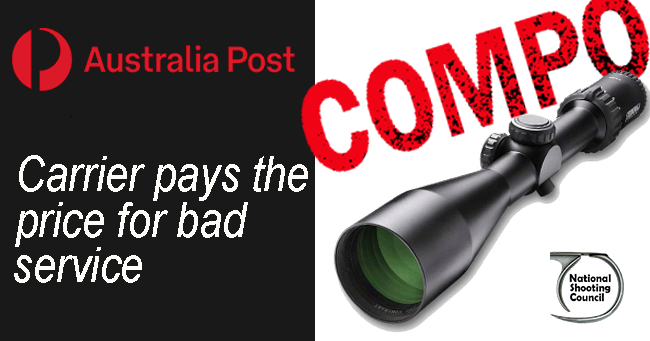 AUSTRALIA POST has a large task to fulfill, but that’s no excuse for incompetence.

We’ve come across one story that casts serious doubt on whether it can be trusted to handle parcels that are gun related.

What is an even bigger concern is the fact Australia Post won’t take responsibility for its actions, and try to avoid liability, even where it is clearly at fault.

In August last year, Queensland shooter John Howard (not his real name, of course…), sent his Steiner GS3-15×50 scope back to the manufacturer for a warranty claim.

He sent it through Australia Post with a tracking number and requiring signature on delivery. The problem is, it was delivered to the wrong PO Box.

After a significant exchange of correspondence, AP admitted:

“As your item required a signature, a card should have been placed into the PO Box informing the owner a parcel is awaiting a signature prior to collection“

“We have checked the PO Box we believe it was put into, and contacted the box owner, but has not been successful in getting the item back.”

“As the parcel contained a firearm component, we have notified the Police and they are looking into this as well”.

Where are the police?

John also reported the matter to Victoria Police on 12 October as at that time, the item was simply missing and might have been stolen.

He has not heard back from Victoria Police.

Scopes are arguably accessories, not firearm components, and it would seem Victoria Police might have taken this view.

If anything, this matter not only shows bad handling by AP, but in John’s words, it’s ‘unfounded paranoia’ around firearms.

In fact he asked Australia Post, who, in the organisation, decided the scope was a ‘firearm component’ because he wanted to put them straight, but never received an answer. 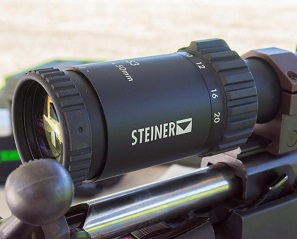 Either way, it’s disappointing to say this but using AP’s tracking system and signature on delivery provides no guarantee that any parcel – whether or not a gun or gun part or accessory – will be delivered to the correct address.

In the early stages of this matter, John got nowhere with Australia Post. They claimed that their terms and conditions of carriage meant they had no liability for lost items.

After contacting the NSC, John went to the Postal Industry Ombudsman who took the same view as AP.

Determined to hold AP to account, John took the matter to the Queensland Civil and Administrative Tribunal (QCAT). The matter was scheduled to be heard on 13 Jan 2022.

However Aust Post settled the claim three days beforehand. The claim covers all of John’s direct costs involved with postage, filing at QCAT – and the retail cost of the lost scope.

John is understandably happy with this – and has this advice for other shooters who find themselves in the same situation.

“I’ve used QCAT once before and that claim was also successful, so I would recommend anyone who has a dispute against a service provider and or company to go down this path. My understanding is all states have a Civil and Admin Tribunal but there is an application fee and there are mixed results going this way, case by case.”

Unfortunately, Tasmania does not have such a body, but other states do.  Our advice is the same as John’s: it is always worth filing at a civil and administrative tribunal if you have access to one.

As many of you know, shooters don’t have many options to AP when it comes to shipping firearm related items.

This is unlikely to change, especially for individuals and small businesses who do not have large parcel volumes. Despite these problems, it makes sense that where permitted by law, you continue to use Australia Post and at least use their tracking and signatory services.

Other options are to take out extra insurance, which is promoted to cover the loss or damage of your item in transit.

We also suggest that you report any delayed deliveries of anything firearm related to police. Even if just one day late.

Get genuine reason. Join the NSC.