THE PREMIER OF TASMANIA, PETER GUTWEIN, thinks that competitive clay target shooting is too dangerous for school kids to get involved in.

It’s an insulting view that puts Tasmania at odds with other states which have off-campus school shooting activities. It also puts him at odds with history.

In this article we:

On the wrong side of history

In preparing this story, we found this article on Field and Game’s website which show that its school based clay target shooting activities date back to the 1960s.

Many schools used to run their own events, with institutes such as Sydney High School having its won rifle club as far back as 1883.

In fact this article explains how the school sent teams overseas to contest international events. 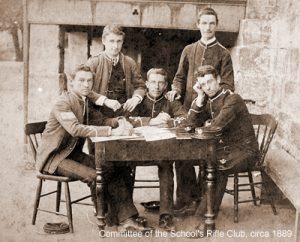 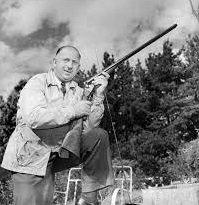 Shooting has a history where Governor-Generals, Prime Ministers and State Premiers have not only managed to undertake shooting without incident, but been patrons of shooting organisations.

It’s the history lesson Mr Gutwein must have missed at school.

We thought we’d make this clearer with a video involving many of the above people at a shotgun event organised by racing legend, Jackie Stewart.

They are undertaking shooting in exactly the same setting that Mr Gutwein thinks is too dangerous for his students.

Disclaimer: No entertainers or sports stars were injured during the making of this video.

Prior to this year’s Tasmanian State election, the local Minister for Sport, Jane Howlett (pictured below), was approached by a local club about the Department of Education’s opposition to off-campus shooting activities up with the Minister for Education.

In its appeal, the club noted the significant benefits of shooting, and hoped for a change in attitude among the bureaucrats.

The club received a response which explains that the Tasmanian Government considers shooting too dangerous for Tasmanian school kids to participate in.

Minister Howlett says she was just the messenger. That’s correct, but she is also part of the executive arm of government who must be prepared to stand and fight on matters that affect her portfolio.

For that reason, we made the story public, urging Minister Howlett to have the position changed through whatever means were available to her.  As this occurred shortly before a state election, we encouraged shooters to change their vote away from the Liberals while this policy persisted.  You can see the article we published by clicking here.

This was followed by a series of exchanges with Minister Howlett and the Minister for Education, Sarah Courtney. Minister Howlett described our position as a “deliberate misrepresentation” of the government’s position.  However the words “must not be undertaken” are pretty clear in their meaning.

There were other reasons why we took a position against the Liberals, but this was by far, the main one.

To her credit, Minister Howlett later tried to keep the peace by taking this matter up with Minister Courtney.   Her office even offered to broker a meeting with us after the election which at least would have enabled us to have a rational discussion with the government about the matter. 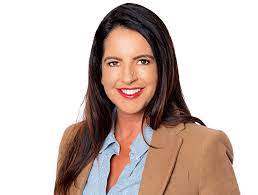 Following the election, we wrote to several ministers including Minister’s Howlett and Courtney.

In her response, she noted the long history of clay target shooting in the community and pride at the performance of our overseas teams.

The response says the Department of Education does not consider target shooting to be linked to violence. It was a great start ….  BUT …. went onto to say off-campus shooting is not suitable because of the risk involved and drew parallels with bungee jumping, hang gliding, parachuting and caving.

At the core of her letter was this statement:  “there is considered to be a foreseeable risk of serious injury” associated with clay target shooting.

This is a fiction.  There are no incidents because of the way safety is managed.

The risk of any injury is so negligible, insurance claims are rarely, if ever, made.  In fact we’ve never heard of an insurance claim being made which is why the insurance industry loves shooting clubs.

It means the risk of serious injury is not reasonably foreseeable.  That’s something even the Queen (pictured right) would agree with. Yet the Minister sees fit to say otherwise even though she has no basis for making her statement.

Unimpressed, we wrote to the Premier, Peter Gutwein. We copied Minister’s Howlett and Courtney in, and offered him an opportunity to provide an alternative reply.

We also made it clear we were prepared to let every gun club in Tasmanian know about the policy and take this matter to the ballot box, starting with the next upper house election next year (Tasmania’s upper house has partial elections every year).

Here is his response (click here for the full version). In it, he says:

If the language seems very familiar, it’s because it was taken from Minister Courtney’s response.

We’ve started the process of writing to every gun club in Tasmania.

We’ve also started moves to get involved in next year’s upper house elections and are currently discussing what can be done with a pro-shooting party in the state.

Mr Gutwein calls it a threat: we call it the cost of making bad political decisions.

We want Mr Gutwein to change his tune – and to do it quickly. 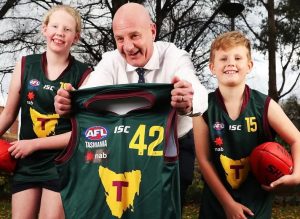 Help us convince Mr Gutwein to reverse his policy.
Click the orange box to send him an email today!

Click here to email the Premier now!
Help us force the change. Join the NSC today