The Age reports on tens of thousands of missing rounds

THE AGE has published a story confirming the allegation Tim Quilty made in Parliament earlier this year about tens of thousands of rounds going missing when in the hands of Victoria Police. 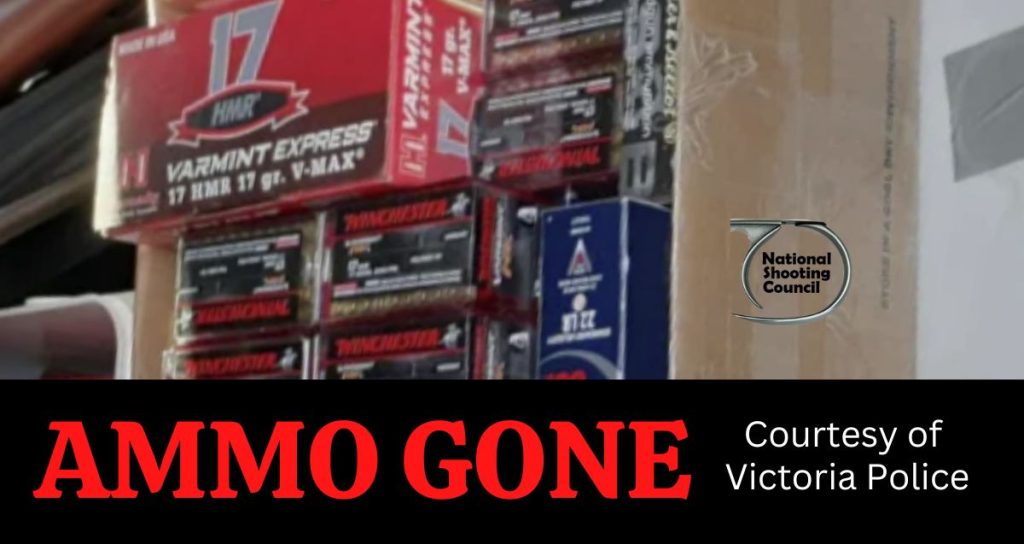 The story incensed our detractors so much, they managed to get the Herald Sun to cast a cloud over our coverage of the story, alleging that we had trolled police over the matter.

However, as we reported in this story, it had the opposite effect. The Herald Sun journalist failed to hand over a police statement and the story simply raised more questions about where the ammo had gone.

The paper also quoted one industry source – undoubtedly the SSAA – to allege that “Some of their (NSC’s) stuff just isn’t factual”.

However, The Age has just shot that theory down. Here’s what they posted today. 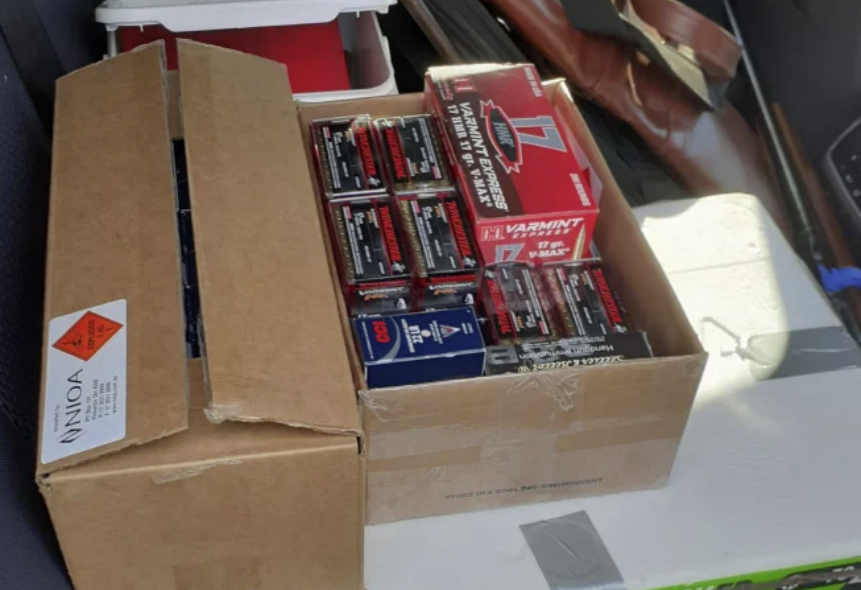 The story explains how Sam, a keen clay target and handgun shooter, was at the receiving end of a vexaious complaint when police siezed his ammo, only to later return part of what they took.

The photo to the right is one that they took when they seized the ammo.

Professional Standards Command confirmed that their investigation substantiated Sam’s claims that the police failed to adequately record what they took. The story also tells how the officer who took the ammo “had been given workplace counselling” and how VicPol’s own investigation identified “opportunities for improvement in record taking”.

Yet despite this, the police refuse to acknowledge any deficiences on its part or launch any investigation into where the missing ammo is.

One thing the story doesn’t cover is our understanding that the ammo that was returned were reloads – the factory stuff, which is more valuable, is what went missing.

As any shooter knows, ammo comes in boxes, so even if there is a lot of ammo, it can be counted. Or weighed.

As any police officer knows, accurate records are essential when seizing items or evidence. It is Police 101. Either that, or the missing ammo points to a much bigger problem. 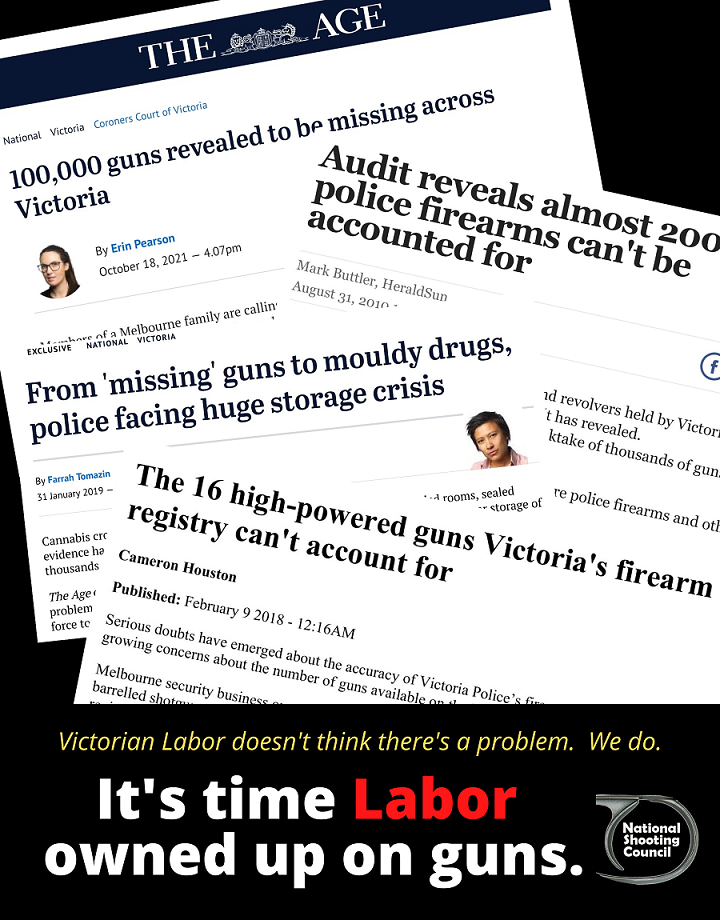 In responding to these concerns, NSC Vice-President, Peter Zabrdac, was quoted by the paper as saying:

“The fear is this ammo is going to get used against members of Victoria Police, or the public, if it hits the streets.”

This story follows similar reports of missing guns and ammo by a registry published by both the Herald Sun and The Age.

Somehow we don’t believe this will be the last time we see a story like this.

Yes, it is factual

The article in The Age follows extensive fact checking by the paper, including statutory declarations confirming the events that occured.

Importantly, Labor tried to ignore the story when it was first raised by Tim Quilty in the Victorian State Parliament.

Click here to see that story – and the video to the right to see the exhange with Labor’s Gayle Tierney.

Ms Tierney is also quite close to the SSAA – which is the organisation we believe backgrounded the Herald Sun on its story on us.

Anti-gun MP, Gayle Tierney tries to change the subject when asked about the missing ammo by Tim Quilty

Here you will see a recent letter from her to the SSAA where she confirmed her friendship with them to get their support at the recent Victorian State Election.

Rather than cuddle up to Tierney, the SSAA needs to be keeping her at arm’s length – and put pressure on her to take Quilty’s allegation seriously and demand answers.

Or, they might prefer to believing that the many, many stories provided by the papers over the past few years are also just aren’t factual.

Push for honesty. Click here to join the NSC