The WA Government said gel blasters can be converted to real working firearms, so we put in a Freedom of Information request to find out what documents they had that supported the claim.

We have now received the response – and it came directly from the police minister, rather than one of his public servants.

When the WA Government banned gel blasters in June, it made the curious claim that gel blasters could be converted into “a real firearm” or ‘workable firearm”.

That didn’t make sense.  How could a plastic gun be converted to fire real rounds – and without causing serious injury to the user?  How could the perceived threat be so real as to justify a ban?

A similar claim was made in a media release titled Government moves to outlaw gel blasters in Western Australia where the Minister stated: 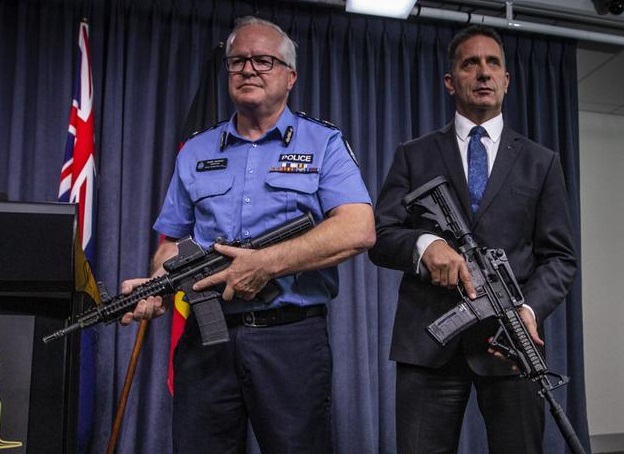 The NSC knew this was sus, so in June we sent in a Freedom of Information request (FOI) to find out what documents the government was relying on when it made this claim.

The main part of the FOI was about the basis that the government had for making the claims.

The response, which arrived last week, comprises of three documents.

A further four documents were exempted from release but related to processes around the making of the new law which we weren’t interested in anyway – so we got the documents we were after.

The documents are heavily redacted because they also contain content not relevant to this matter, but the only part that is relevant to the ban is this one short passage in a letter to Federal Home Affairs Minister, Karen Andrews:

The advice is in draft form so it is not clear if it was ever sent to Andrews.  However it shows that the WA Government was arguing the case to the Federal Government that the conversons were an emerging risk.

We can only assume this was a move to argue why the ban needed to go nation-wide.  However as you will see below, this was said without there being any supporting evidence of the claims being made.

What did we ask for?

The FOI we put in was quite specific.  The questions we asked were:

What documents does the minister have that show the basis for making the claim that gel blasters have been converted into a real firearm or “workable firearms?

Apart from the brief reference you see above, no documents that show the basis for the claim exist.

It means the Minister’s statements to the media and to Minister Karen Andrews that gel blasters could be converted, were without foundation.

Our own searches show that there is this report from Fox News in 2010 that suggests that there was one particular AR-15 model of gel blaster that could be converted.  At least theoretically. 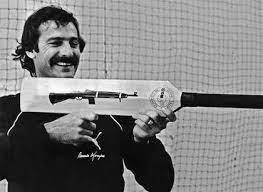 However, the story was based on a series of assumptions, including easy access to  AR-15 uppers with barrels – and a desire to spend more on the conversion than buying the real thing.

If someone had enough components, we’re sure that it would be possible to convert anything to an AR-15 – including some things that are uniquely Australian. 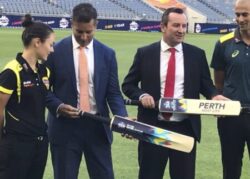 Never point a gun at anyone else …

What documents does the minister have that show if the claims about the conversions or modifications verified for their truthfulness, or alternatively if those claims had simply been made by someone?

Remember, the government claimed that criminals were importing gel blasters and converting them.  The FOI response shows no-one from the government  checked to see if the claims were true.

What documents does the minister have that substantiated the claims prior to being made (eg by a gunsmith or armourer)?

If you check with industry experts, you’ll see how far fetched this claim is.   Click here to see this recent story out of WAMN News on local industry experts who spoke about the minister’s claims.

What documents show if anyone has been charged with any offence in relation to the alleged conversions or modifications, and what offences were they?

There is no evidence that anyone has been charged with converting (or trying to convert) a gel blaster into a workable firearm – which tells you something about whether it can be done.

Also remember that Minister Papalia made (or drafted) the claim to Minister Andrews that gel blasters were being converted to ‘unregistered firearms for criminal use’ – despite there being no charges to that effect.

This is not the first time we’ve caught governments out making laws without doing their homework.

Readers will recall the NSC pursued similar claims around ‘numerous incidents’ that the Federal Government had said justified our ‘appearance’ laws.

We kept digging and digging and digging, to the point where we revealed that the numerous incidents did not exist.  The government could not provide any incidents relating to ‘appearance‘ but rather conduct that was already illegal, in relation to the use of replica guns.

Signed by the Minister

The other interesting thing is that the response to the NSC was signed by the Minister, with his direct email address provided for further contact.

First of all, we’re grateful for the Minister’s time and the fact it would seem he didn’t fight against the scope of what we asked for.

However it’s unusual for a FOI response to come directly from a minister.  Normally they come from public servants.  In fact during this matter, we had several interactions with a FOI officer who managed this query and we assumed he would be the one who would sign off on this.

The fact his Minister chose to do this tells us how concerned he must be about the advice he received.

We can only assume that advice came from the other guy at the media conference, WA’s Police Commissioner, Chris Dawson.  In fact, we’re guessing that the Minister would be pretty annoyed that he’s been put in this position, while those who gave him the dud advice, seem to have gotten off scott free.

There are two logical conclusions we have from this.

The first is that the claims were false. If the government had even one document or instance of where a gel blaster had been converted, it would have been provided.

The second one is that the Police Minister shouldn’t let anyone get off scott-free.  He needs to sack his Police Commissioner.